Exports and imports were both way up; nonresidential investment was still down (particularly "structures", i.e. commercial real estate). That fixed investment was positive was due to a pickup in housing.

Update: I've been reading that a lot of that +1.47 from durable goods is probably related to cash-for-clunkers. Housing, of course, has also been supported of late (even more than usual). Car sales plummeted when the government quit subsidizing them, and housing may ease a bit, too, though it's at the point where solidifying would make sense of its own accord.

Initial Claims
The number came in at 531,000, which I think is fair "neener, neener" territory. 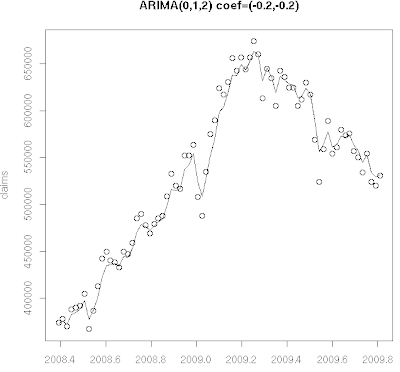 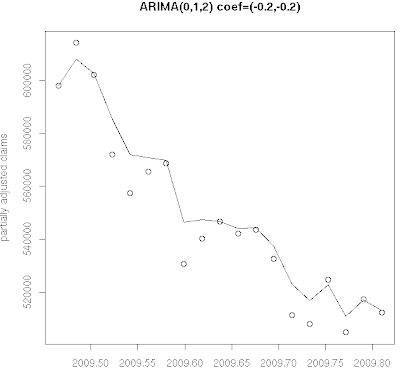 predicted initial claims
My algorithm predicts that tomorrow morning's number will be 533,000. This is higher than the predictions Yahoo has, but it should be noted that it discounts the existence of a trend, and the trend is pointing downward. Since the trend has been about a weekly decrease of 5500, a best guess might be in the 525000 to 530000 area, with the understanding that there's some uncertainty here that probably exceeds 5500 anyway.

The main point I want to emphasize, though, is that, even accounting for a downtrend, the number is likely to blip up from last week. Don't worry; it will start dropping again after that. 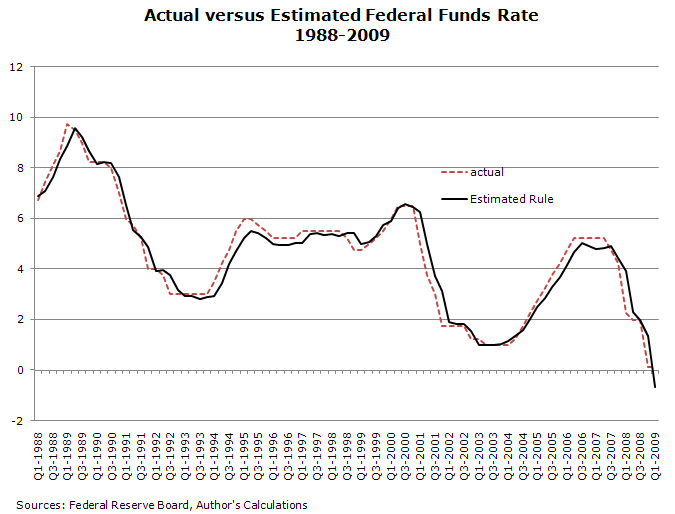 Initial Jobless Claims
In my own parochial little world, the big news is that last week's number was revised slightly up such that the partially adjusted figure slightly exceeds the three week exponential moving average. Today's number is much lower, though; 521,000 adjusted, 502,000 partially adjusted.

Incidentally, the partially adjusted ARIMA(0,1,2) model would predict an adjusted number of about 507,000 next week. 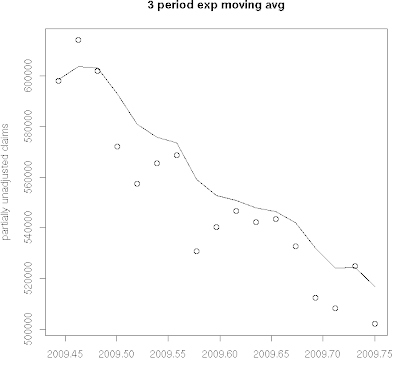 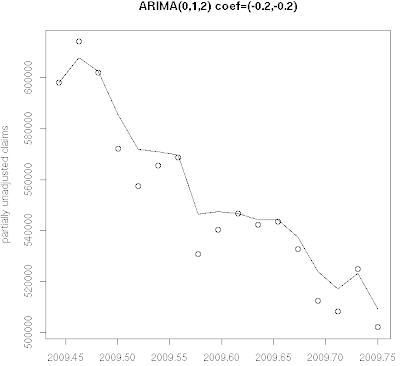 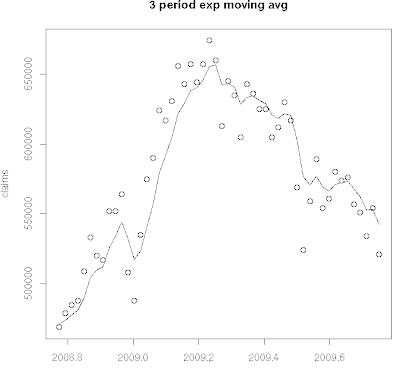 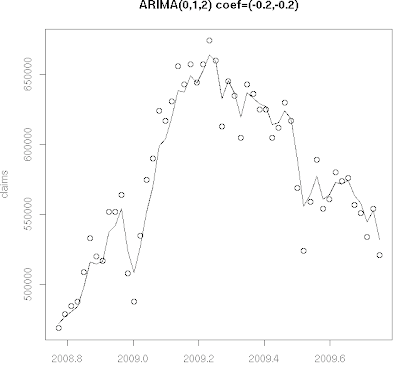 consumption and income
Calculated Risk has the basics of the report well covered. Nominal income up slightly, real income down slightly, spending up, in large part with government subsidies. Employee compensation levels are up to their highest level since March, on a seasonally-adjusted, nominal basis.
- posted by dWj @ 12:22 PM

Initial claims
A little bit of a deterioration. Yet another week below the 3-week exponential moving average for the partially unadjusted figure, but just barely. 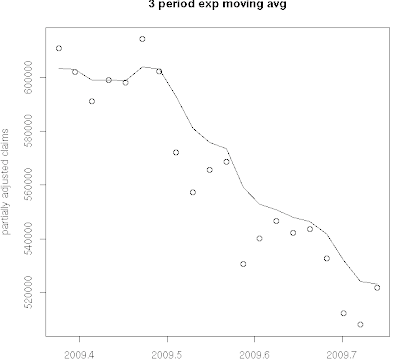 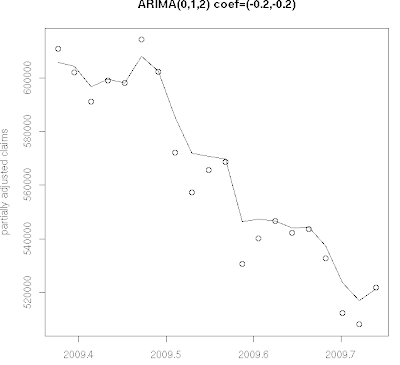 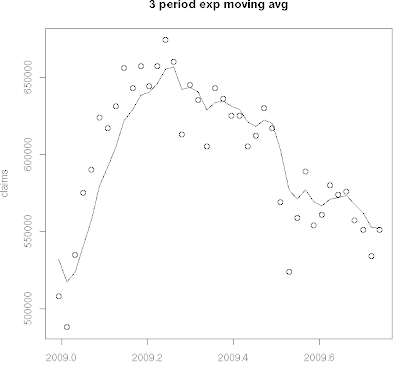 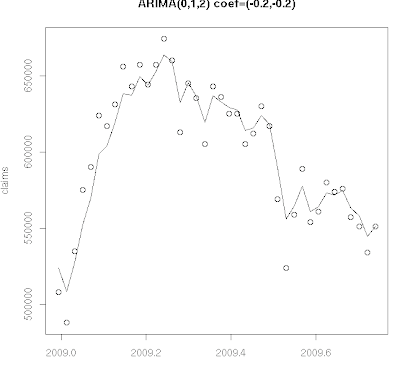 inflation
Out today, the PCE deflator, along with the Dallas Fed's trimmed-mean version: 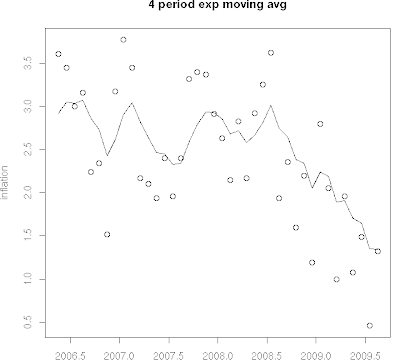 They've revised July's figure up to 0.46, still a record low for the series but not by quite the margin reported last month, and similarly raising the calculated moving average for July, but not above historic lows. August's number is reported at 1.32, which happens to be a hair below the new July moving average; the current exponential moving average is now 1.34.
- posted by dWj @ 11:55 AM